On Thurs., June 2, the City Council will hold a Special Meeting to consider four important documents related to zoning of the Ashby and N. Berkeley BART stations for development:

I understand information from various perspectives is circulating in the community, and in this newsletter I want to provide you with facts to answer the following questions:

This is a complex process, and you should feel free to send me questions after reading this detailed newsletter (rkesarwani@cityofberkeley.info or 510-981-7110). Information for attending the Thurs., June 2 Special Council Meeting is available HERE.

Thank you to everyone who has engaged with me on this issue via e-mail and in one-on-one and small-group Zooms. My legislative aide Beth and I have also spent many hours knocking on doors, so we could reach people who do not typically engage in local matters. In these conversations, I heard a near-universal recognition of the need to create homes in our community and support to do so at the underutilized parking lots of our BART stations. I am optimistic that the Council will weigh various factors to reach a positive outcome on Thursday. It is an honor to serve as your Councilmember, and I will continue to do my best to represent the interests of our District 1 community.

How Will the Maximum Height of the N. Berkeley BART Development be Determined?

TL;DR: Zoning establishes a maximum buildable envelope, and we have negotiated with BART so that the specific project will be subject to Objective Design Standards mutually established by community members, the selected developer, and BART and City staff. 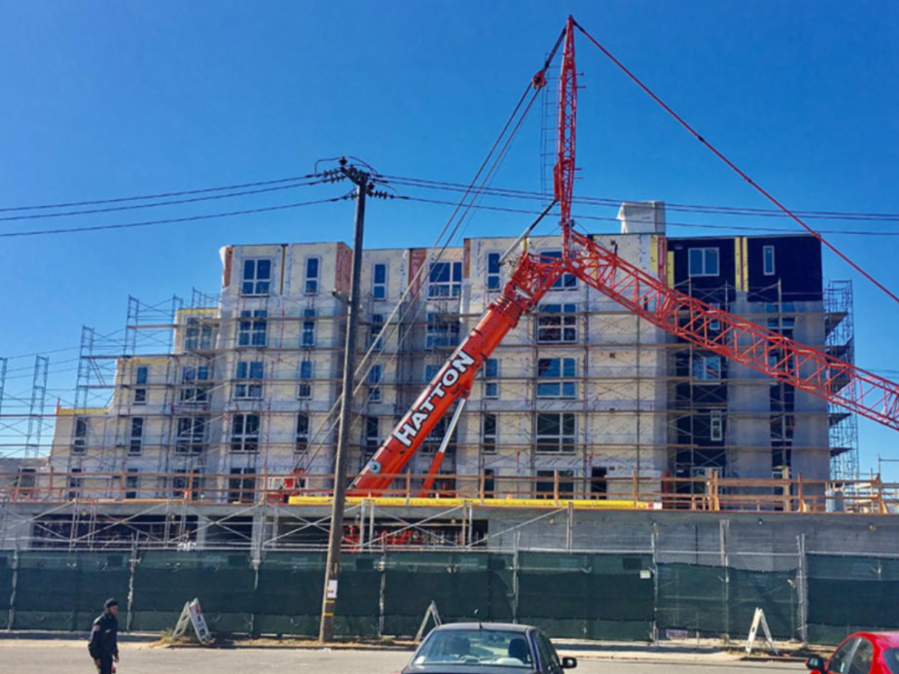 Zoning of the Ashby and N. Berkeley BART stations will determine the maximum three-dimensional space within which structures can be built. While zoning regulates the maximum buildable envelope, it’s important to keep in mind that these development standards alone do not dictate the actual building forms of an eventual project. The actual project will be determined by (1) a Community Objective Design Standards Process to be enforced on the developer by BART, as specified in our Memorandum of Agreement; and (2) a Master Development Permit issued to a developer, which requires a finding that the proposed plan is consistent with our Joint Vision and Priorities, including Building Form principles. I provide more information about the Community Objective Design Standards Process and the Joint Vision and Priorities Document further below.

State law AB 2923 constrains the options that the City Council has for zoning the Ashby and N. Berkeley BART stations, with the following development standards required to be allowed:

If the City Council fails to adopt these standards by July 1, 2022, then state law AB 2923 provides that these standards still go into effect. Our proposed local zoning ordinance also specifies other important development standards for which I have advocated to ensure the new development creates visual and physical connections with the neighborhood, including setbacks of five to 15 feet at the perimeter and step-backs above four stories. On Thursday, the Council as a body will make a determination on the appropriate maximum zoned height, considering the Planning Staff Recommendation of 7 stories (our minimum obligation pursuant to state law) and the Planning Commission Recommendation of 12 stories (the maximum height studied in our Environmental Impact Report, as required by the California Environmental Quality Act). More information about the ramifications of state law, including the State Density Bonus, is provided further below.

What Is the Community Objective Design Standards Process?

TL;DR: The Objective Design Standards process—negotiated in our Memorandum of Agreement with BART—will address the building form and other objective standards that will be enforceable on the developer (provided the City Council approves these standards within a specified period of time). Importantly, it will enable community members and the City Council to have a say in use of the state density bonus for each station site. 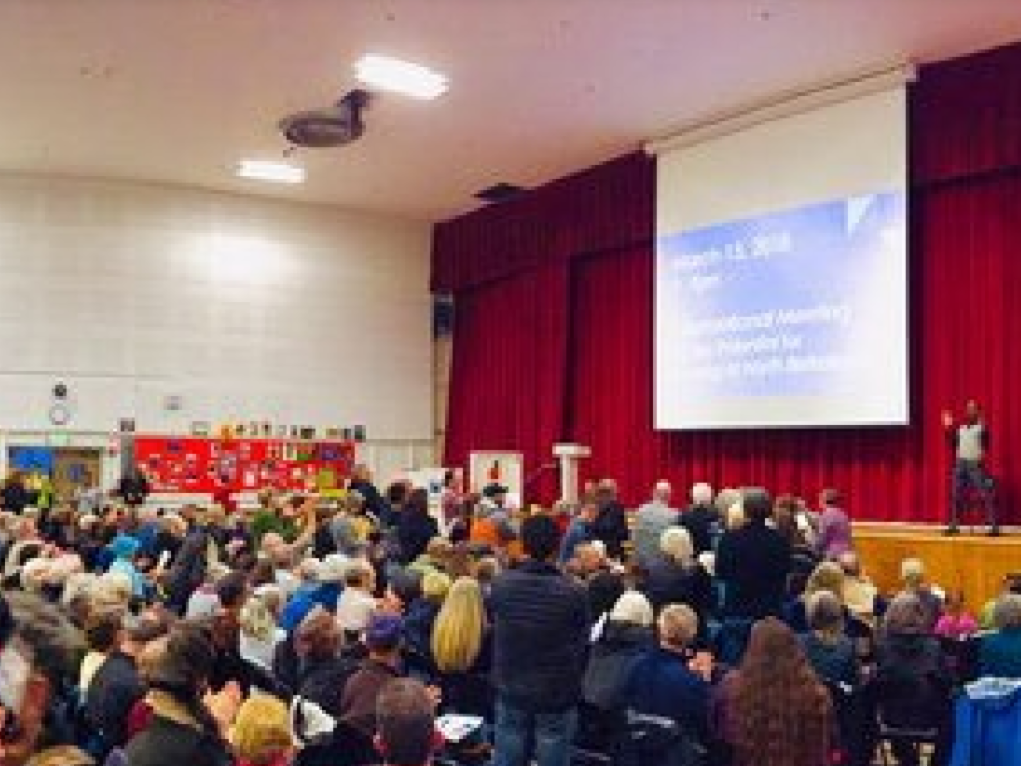 City staff—along with the Mayor, Councilmember Bartlett, and I—have worked to negotiate a Memorandum of Agreement with BART that specifies a Community Objective Design Standards Process, involving community stakeholders, City Planning staff, BART staff, and the selected developer. BART has agreed to enforce the objective design standards on the developer provided the City Council approves objective standards within a specified timeframe.

The intent of the Objective Design Standards is to allow the City and the community to have a strong voice in the design of the development at each station, with the following main topics to be addressed:

This process is critical to ensuring the eventual development at the N. Berkeley station meets our community’s expectations. It is through the Community Objective Design Standards Process that we would be able to carefully consider the tradeoffs associated with more or less height, and make a determination on the design standards that allow us to best achieve our community’s shared vision. Significantly, this Community Objective Design Standards Process could preclude use of a state density bonus if we so desire because BART has agreed to enforce these standards so long as they generally meet the residential square footage associated with the development standards of AB 2923 (described above, 7 stories, 4.2 floor-area ratio, and 75 units per acre). Alongside zoning, the Community Objective Design Standards Process is a critical component to ensuring that the eventual project meets our vision for a beautiful, creatively-designed, and well-proportioned development.

How do state laws like the State Density Bonus, the California Environmental Quality Act (CEQA), and streamlined approval under SB 35 impact this project? Why do I see flyers and yard signs showing an 18-story high rise?

TL;DR: The State Density Bonus is a state law that entitles a developer to relaxed development standards and more density in exchange for including affordable units in a “base project.” For the BART stations, the California Environmental Quality Act likely requires the City to study the environmental impacts of a larger density bonus project. Because the City has studied a maximum project of 12 stories in its Environmental Impact Report (EIR), it would not be advisable to zone for a maximum height that could cause a larger density bonus project to exceed the 12 stories studied in our EIR. Furthermore, our negotiated Objective Design Standards requirement restores strong community input for each station’s development that would otherwise be limited by the State Density Bonus and SB 35.

Under state density bonus law, our goal of 35 percent of units being affordable to lower-income households at each station could lead to a 50 percent density bonus, essentially adding 50 percent more units to the base project at each station. This is why there is concern that a maximum zoned height of 12 stories could allow an 18-story high rise, or that a 7-story base height could lead to a 10-story building. However, it’s important to keep in mind that the California Environmental Quality Act (CEQA) likely requires that we study the environmental impacts of a larger density bonus project, based on the guidance I have received. It’s my understanding that our environmental impact report studied a maximum of 12 stories in part because a residential high rise was considered to likely be economically infeasible, and 12 stories was expected to fully cover the possibility of a density bonus for a 7-story base height.

If the state density bonus is used at either station, our agreement with BART requires that any density bonus units would need to meet the requirement of 35 percent being affordable to lower-income households. Further, the Objective Design Standards Process we have negotiated with BART will enable our community—alongside the City, BART, and the selected developer—to mutually arrive at a cost-benefit determination on whether to use the density bonus or not. This means that we will not be required to use the state density bonus as long as the City Council approves compliant objective standards within a specified timeframe. This is possible because BART has agreed to enforce our objective design standards as long as the residential square footage for the proposed design generally meets the development standards of AB 2923 (7 stories, 4.2 floor-area ratio, and 75 units per acre). That is, BART will not require the City Council to approve the higher density associated with a density bonus as a condition for enforcing our objective design standards on a developer.

State law AB 2923 establishes that BART station developments that meet certain requirements will be subject to a streamlined approval process pursuant to SB 35, meaning they cannot be subject to discretionary review by our Zoning Adjustments Board and City Council. Here again, it’s relevant that we have negotiated with BART so that compliant Objective Design Standards would be subject to approval by the City Council and enforceable by BART. I have insisted on Objective Design Standards since the beginning of this process because past development efforts at other BART stations suggested to me that we may not be successful in our efforts to create homes at Ashby and N. Berkeley if we do not have a mechanism for the developer to have a meaningful back-and-forth with the community. High construction costs and expensive infrastructure improvements may mean that we will have to pay particular attention to the economic feasibility of the desired project during the Objective Design Standards Process.

Why is the Joint Vision and Priorities Document Important? 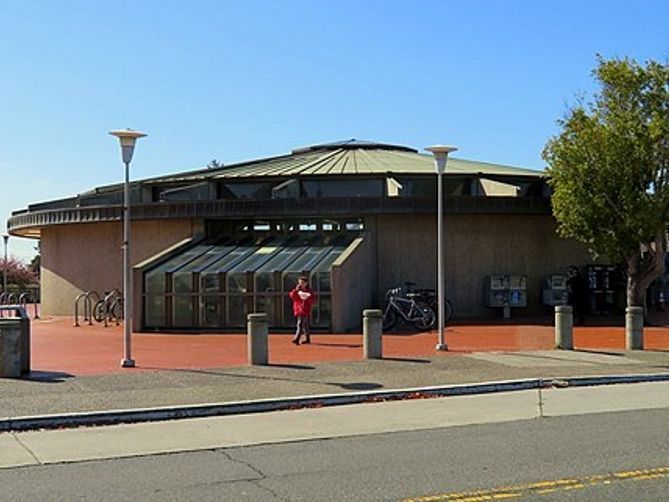 Affordable Housing. The Joint Vision and Priorities establishes a minimum requirement that 35 percent of all units, including any units resulting from a state density bonus, will be affordable to lower-income households. The City has reserved a total of $53 million in local public subsidy, with an intention of using these local resources to leverage state and federal sources of funding to reach or exceed this minimum level of affordability at both stations. At tonight’s Council Meeting (May 31), the Council will discuss placing another revenue measure on the November 2022 ballot to raise additional funds for affordable housing.

Here are some of the key Building Form principles outlined in the Joint Vision and Priorities document:

What is the Parking Plan?

TL;DR: State law AB 2923 establishes parking maximums for residential units and non-residential uses, and BART has determined that it will retain up to 200 parking spaces at the N. Berkeley station. 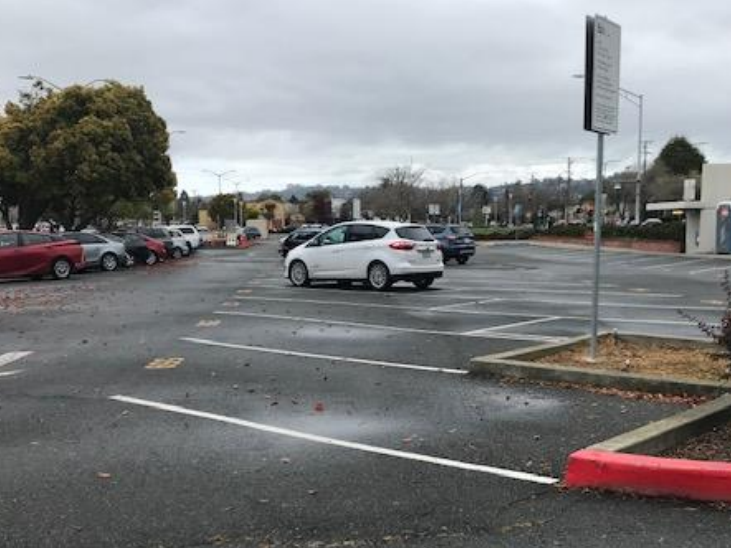 The Covid-19 pandemic has dramatically affected the demand to park at both the Ashby and N. Berkeley stations. A January 2022 Bay Area Council survey shows that 70 percent of office workers expect to go to the office three days per week or less. This dramatic decline in parking demand is borne out by BART’s data, which show that parking usage at the N. Berkeley station was at 19 percent of its pre-Covid level in fall 2021. Taking these data into account, BART is planning to keep up to 200 of the current total 700 parking spaces at the N. Berkeley station. Retaining parking is expensive, with an estimated cost of +$80,000 per structured parking space. The maximum parking planned for Ashby and N. Berkeley is expected to cost $16 million (across both stations); for this reason, the Station Access principles of our Joint Vision and Priorities document specify the prioritization of affordable housing and other community benefits over parking.

BART’s Berkeley-El Cerrito Corridor Access Plan proposes a multimodal approach to ensuring that all transit riders can access the stations once they are developed for homes. The City and BART will strive to make it safe and convenient for BART riders with the ability to do so to get to the station without needing to drive and park—by walking, biking, using newly available electric micro-mobility devices, using public transit, or getting dropped off.

Here are some of the improvements that are planned or have been recently completed to make accessing the N. Berkeley station safer for people walking, biking or using a micro-mobility device:

Further, the City’s Memorandum of Agreement with BART specifies that the City will take the lead in identifying ways to mitigate impacts of spillover parking in the neighborhood, including possible developer requirements. The City is required to determine its new on-street parking strategy by November 2022. Some of the possible strategies that BART identified at a recent station access meeting include: